The RME HDSPe MADI FX features 390 audio channels! Three MADI I/Os – two optical and one coaxial are accompanied by one AES/EBU I/O and one analog monitoring output. To complete the feature set, a Word Clock connection and four MIDI I/Os were added.

The RME HDSPe MADI FX marks a new milestone both in the history of audio interface cards in the past two decades and within the long series of outstanding RME devices. Never before has such a high-performance multi-channel audio system existed. 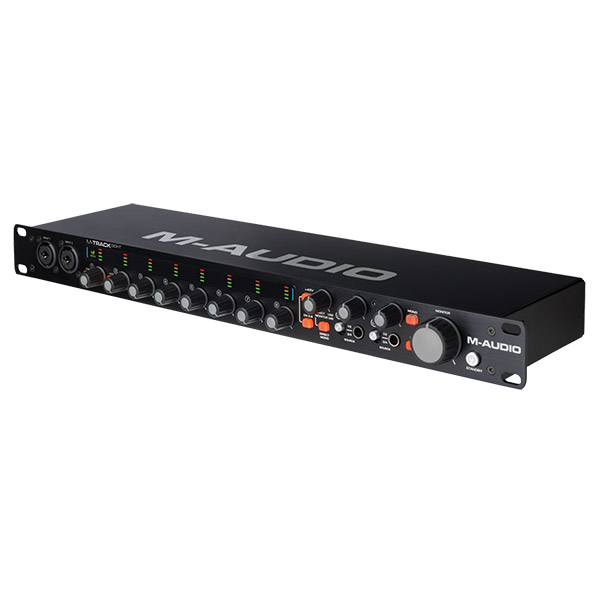 The RME HDSPe MADI FX marks a new milestone both in the history of audio interface cards in the past two decades and within the long series of outstanding RME devices. Never before has such a high-performance multi-channel audio system existed.

The RME HDSPe MADI FX features 390 audio channels! Three MADI I/Os – two optical and one coaxial are accompanied by one AES/EBU I/O and one analog monitoring output. To complete the feature set, a Word Clock connection and four MIDI I/Os were added. The complete technology and connectivity are highly integrated into the smallest possible amount of space – typical for RME. Only one PCIe slot is required on the motherboard, plus one free slot opening on the case.

To guarantee RMEs unique low latency performance with such a huge amount of audio channels, the RME HDSPe MADI FX introduces a newly developed modular Hammerfall Pro Audio Core. The high-tech core will process three times as many channels as the channel count of the previous MADI flagship, while actually reducing the system load and enabling ultra-low latencies down to 32 samples on modern computers.

A sophisticated new efficiency technology will automatically deactivate currently unused channels, so that they require no processing power or bandwidth. A simple stereo playback will not require any more performance than from a standard stereo audio card – despite the use of a professional multi-channel system with almost 400 channels.

The new core technology is accompanied by a special version of TotalMix FX, which allows using the enormous channel count in an efficient and practical manner. The addition of numerous performance optimizations ensures that the 4096-channel mixer of the RME HDSPe MADI FX responds just as smoothly as its 1800-channel counterpart in the Fireface UFX. A new and faster DSP allows for a greater number of EQs and compressors.

An innovative new layout of TotalMix enables ergonomic handling of the enormous number of channels. A special option makes it possible to visually hide unused channels. Complete “Hide setups” can be saved at any time, and switched with a simple mouse click, for example between the channel view of the drum mix and the full band setup.

The 192 kHz RME effects engine allows latency-free monitoring with numerous effects like EQs, Compressors, Reverb, and Echo rendered directly on the hardware of the card, independent from the DAW software in use.

The integrated TotalMix matrix conveniently allows the use of the card as powerful MADI router. Unlike most other router solutions, each channel can be routed individually – even with separate level settings for each routing. The unparalleled flexibility of TotalMix can turn the most exotic applications into practical reality.

RMEs unique Seamless Redundancy Operation uses the cards 3x MADI receivers to provide professional users with state-of-the-art fail safe operation. In SRO mode the card operates as single MADI input device, recording up to 64 channels. As soon as the current input fails the audio data received from one of the other two inputs is used. The audio data is not interrupted when switching to another input  and the card can use not only one, but two more sources for redundancy. No relocking and synchronization to a different clock source is required, and the interruption caused by the external failure is minimized to a few samples.

The card also features SteadyClock, RMEs active jitter suppression and the unique professional meter and analysis toolbox DIGICheck – including EBU R128 metering – as well as nearly identical operation of the card under Windows and Mac OS.

The RME HDSPe MADI FX provides a sufficient amount of audio channels for every conceivable project, and enough reserve to grow with future needs. In general, two optical MADI-I/Os are adequate to implement a major studio or live setup with long cable lengths. The additional coaxial MADI I/O provides maximum flexibility and provides in-the-box conversion between both formats.

* The optical connectors are SC industry standard, in multi-mode technology. The coaxial MADI I/O is configured as 75 ohm BNC.

Thanks to the powerful monitoring features of TotalMix, any input channel, recorded tracks, or complex sub-mixes can be selected for listening. An advanced Cue function allows each of the 98 possible stereo sub-mixes to be monitored with just a single mouse click.

AES/EBU I/O
An audio interface which is limited to MADI I/Os needs expensive multichannel converters to perform a conversion to other digital formats or even a simple sync connection. Those who work with MADI usually have also AES/EBU devices in use and would like to connect them easily to their DAW.

Therefore the RME HDSPe MADI FX provides a digital I/O in the professional AES/EBU format. This allows the connection of a simple AD/DA converter (e. g. RMEs ADI-2 for example) to get a 2nd monitoring output, or to create a talkback setup. Even the connection of an external digital effects unit without a costly external MADI to AES/EBU interface can be realized easily.

The AES/EBU I/O can also be used for synchronization, e. g. with Steinberg’s synchronizer and clock device, the Nuendo Sync Station.

RME MADI devices will not only transmit 64 audio channels with a single connection, but also regular MIDI signals. The RME HDSPe MADI FX is no exception: each MADI I/O owns a virtual MIDI I/O in the operating system that can be addressed by any MIDI program.

MIDI signals will be transmitted invisibly through the same lines and distances as the MADI data. At the other end of the MADI cable, the MIDI signals can be played back from RME MADI devices via a standard MIDI DIN port.

MIDI over MADI also allows remote control of all RME MADI devices, including monitoring and configuring a device’s complete status. This outstanding feature makes MADI transmission across large distances practically usable, with host computers and devices far from each other – for example, FOH and stage.

All units can be programmed with their own ID, allowing independent remote control of multiple devices via a single MIDI channel.

RME provides a free Windows and Mac software to control all RME MADI devices. This MIDI Remote can use any existing MIDI port within the system to remotely control and monitor all connected devices. The software provides both a front-panel like operation and an extended Matrix display.
Wordclock I/O

With its UFX counterpart, complete live gigs have already been mixed directly inside the interface, replacing standard digital FOH mixing consoles. Thanks to the higher channel count and the additional routing options the RME HDSPe MADI FX goes even further.

Digital Zero Latency Effects
The RME HDSPe MADI FX provides the same 192 kHz effects engine as the Fireface UFX and UCX. To supply the sheer amount of nearly 400 channels with as much as possible high-quality effects, the DSP algorithm’s efficiency was further improved and a more powerful FPGA of the latest generation was selected. These performance improvements ensure that the 4096-channel mixer reacts just as smoothly as those on other RME interfaces with significantly fewer channels.

Every input and output channel comes with a luxury feature set, comparable to a full-scale digital console. The effects per channel include 3-band parametric EQ, adjustable Low Cut, Auto Level, Compressor, Expander, MS Processing and phase reversal. The Reverb and Echo effects unit is available for all channels by way of a stereo send and return bus. The RME HDSPe MADI FX easily surpasses the competition by offering all these effects even at 192 kHz operation.

The complete effects section not only adds a lot of flexibility to the recording chain, but makes latency burdened software dispensable. TotalMix can easily replace any external mixer, e. g. to create different latency-free monitoring mixes with EQ and Reverb for the main studio monitors and the headphone of the vocalist(s) in the recording room.

The FX-DSP uses an automatic overload surveillance. As soon as no effect can be added to the fully loaded DSP, the TotalMix surface will clearly signal this condition. When changing to higher sample rates all effects that exceed the DSP’s performance were automatically deactivated – the DSP will never be overloaded. This also prevents any possible damage to loudspeakers due to distortion. Furthermore, the DSP hardware calculates RMS and Peak levels for all level meters, so there is zero CPU load on the host.

The Hide feature
To keep an overview of 390 channels in live and studio situations, where not all channels will need to be visible at all times, TotalMix FX provides a new form of channel management.

Although the software has featured a sophisticated multi-window technique from the start, which can d 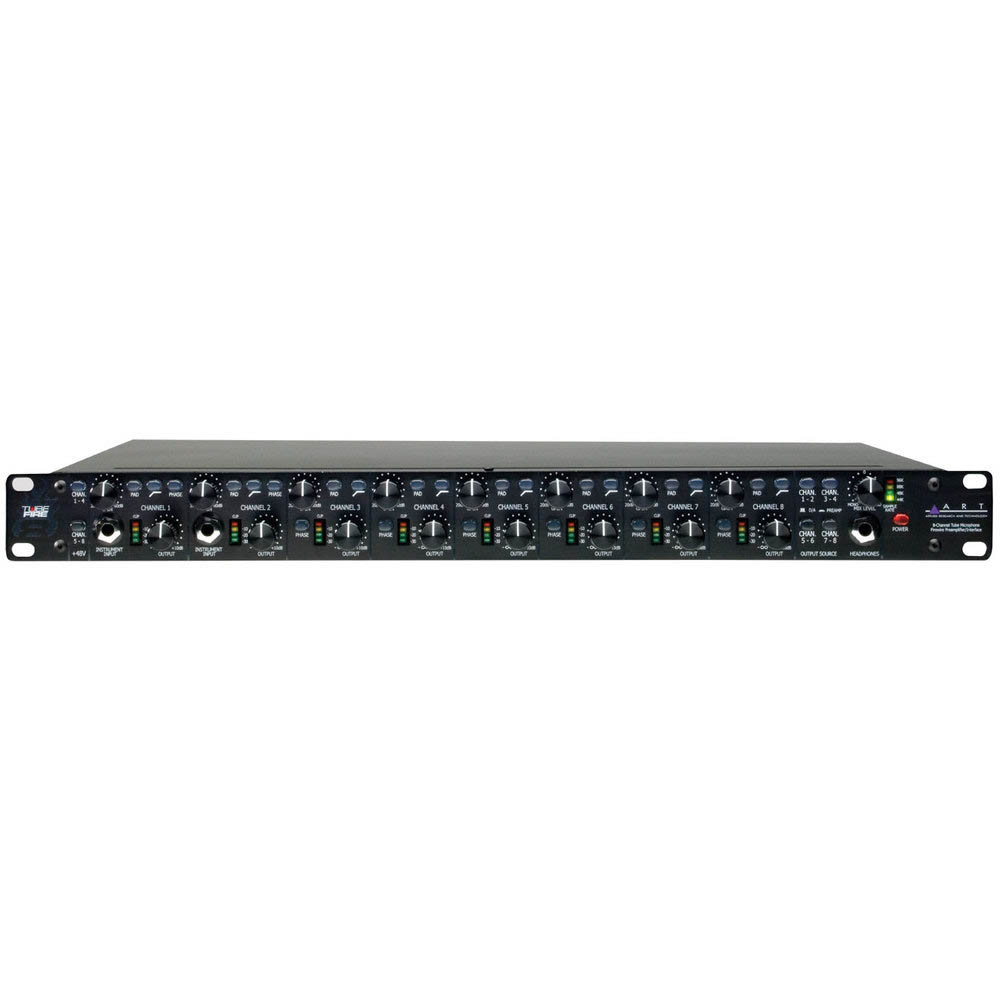 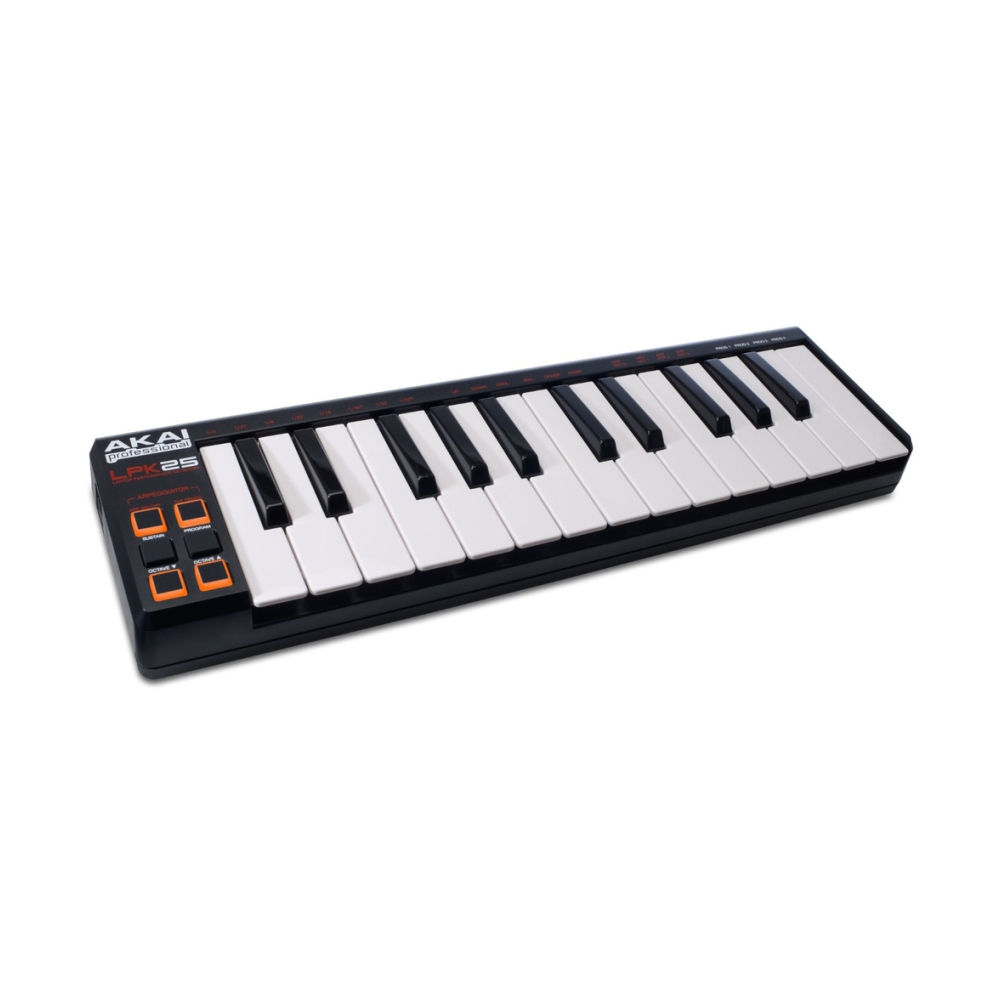 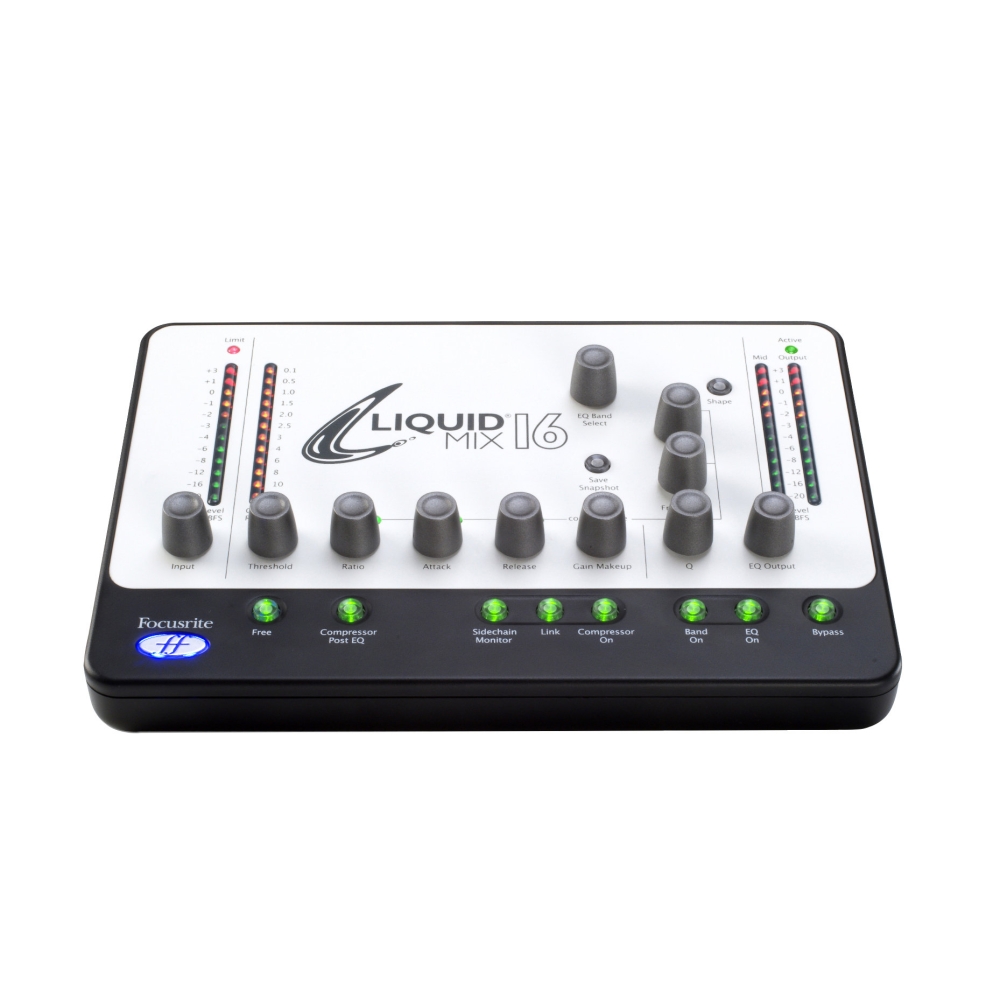 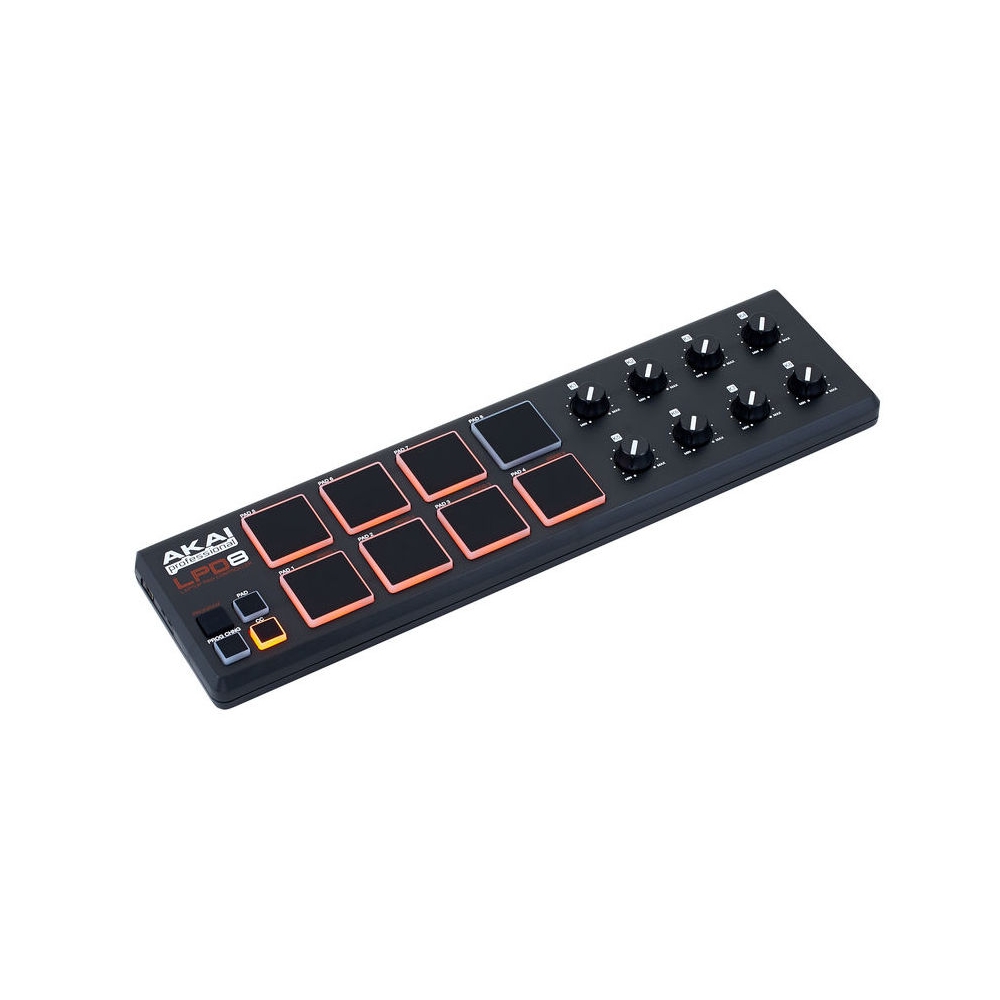 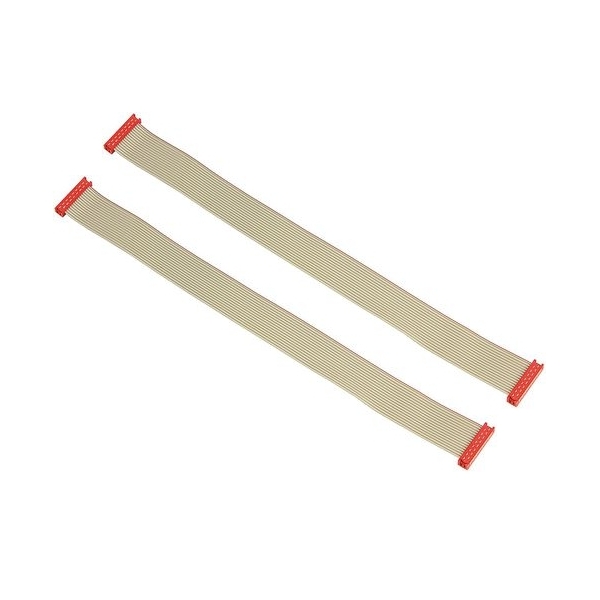 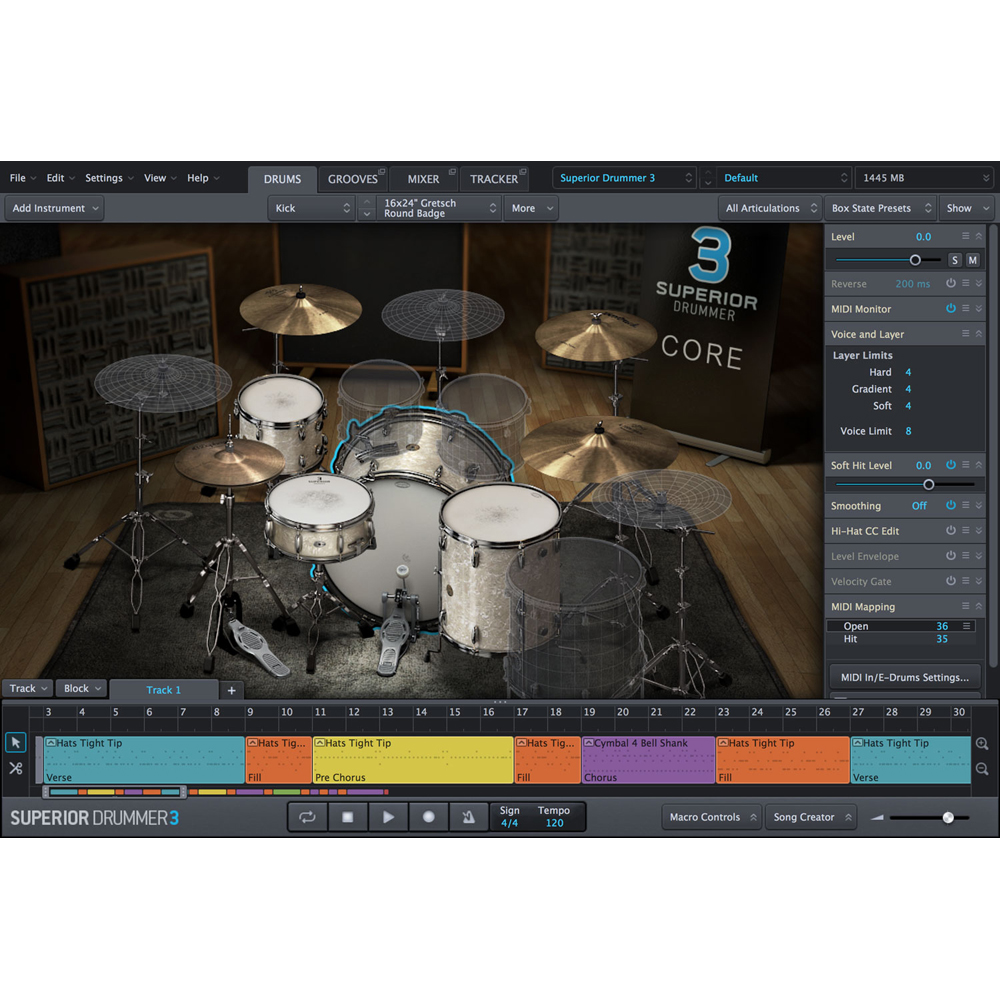 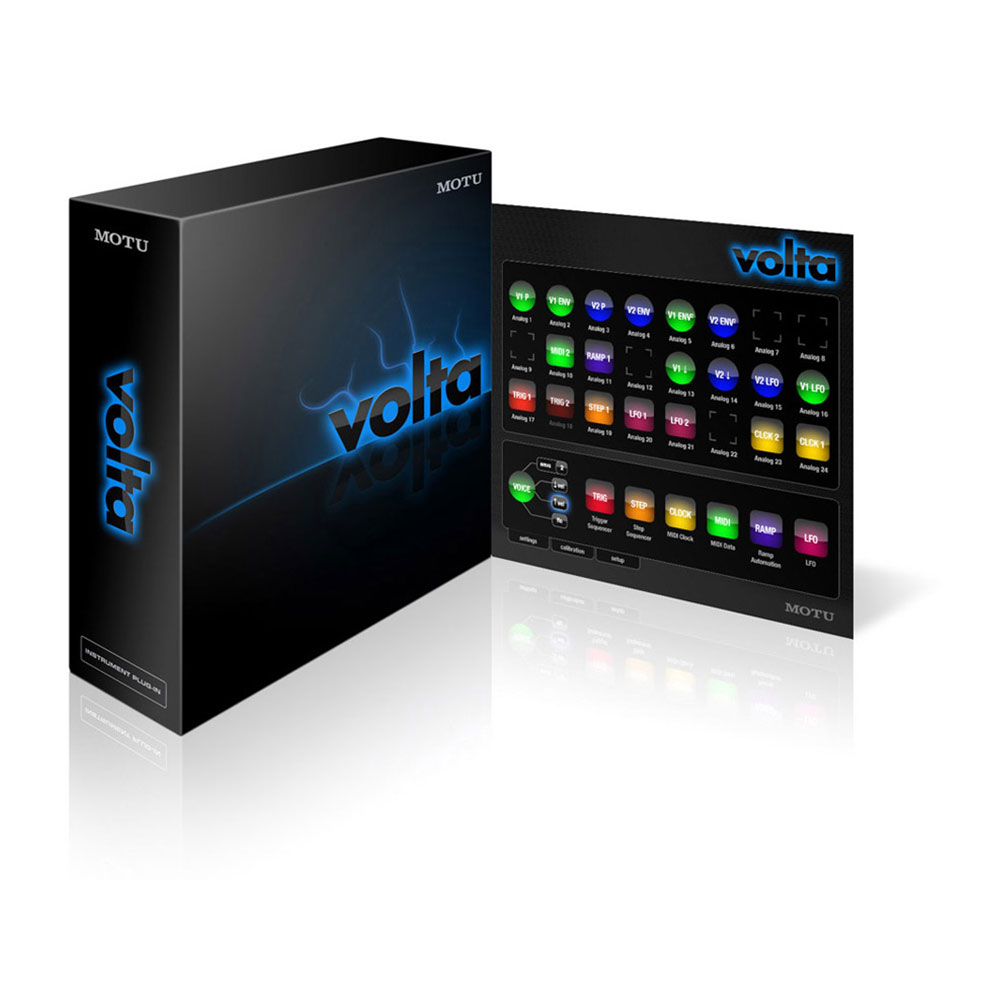 Motu VOLTA is a virtual instrument plug-in that turns your audio interface into a voltage control interface. With Motu VOLTA, any hardware device with a control voltage (CV) ...
Acquista